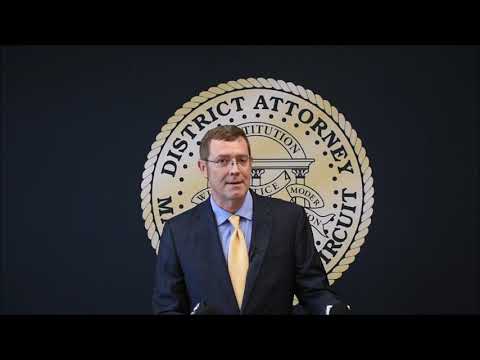 Macon – An enforcement agent for the Georgia Department of Revenue has been charged with violating the state’s RICO Act as part of the ongoing investigation into a multi-jurisdictional racketeering enterprise, District Attorney David Cooke announced Friday.

According to the arrest warrant signed Thursday:

Between Jan. 1, 2016 and July 8, 2019, Special Agent Huckaby was a special agent in charge in the Georgia Department of Revenue’s Alcohol and Tobacco Division, overseeing the Pooler and Douglas regions, which includes Statesboro and Savannah. He was a sworn peace officer and a supervisor who directed other agents.

Huckaby is accused of accepting five sets of round-trip airline tickets valued at more than $2,000 and a $13,000 Hublot Watch in return for influence and information. The bribes were paid by Nital Raval, one of the defendants charged with racketeering last week in the S&W Amusements case. The arrest warrant for Raval accuses him of participating in an enterprise that has profited from tax evasion, money laundering, and illegal gambling.

An investigation has revealed that Huckaby and the agents he supervised investigated Raval’s competitors at Raval’s direction, including, but not limited to, his competitor Manoj Patel. An arrest warrant from last week’s raids also charges Patel with racketeering.

Huckaby also is accused of accessing the Department of Revenue’s tax computer system in July 2017 to provide private tax-related information regarding a competitor’s tobacco license to Raval. Such conduct is a violation of Georgia’s computer invasion of privacy statute.

Huckaby and the other defendants are presumed to be innocent until proven guilty in a court of law.

Special Agent Huckaby has resigned in lieu of termination.

“This arrest further supports my call for the legislature to ban these gambling machines that are a cancer on our community,” Cooke said. “Although we intend to hold every offender we uncover accountable, we cannot prosecute our way out of this problem. It’s clear that the limitless amount of money this industry generates is used to buy influence wherever it can, and the only way to stop it is for our legislature and our governor to act.”