Macon – A repeat felon was sentenced to another 20 years behind bars late Tuesday after jurors found him guilty of shooting a woman in 2016.

Jurors deliberated for less than two hours before finding 48-year-old Julius Laverneius Muff guilty of aggravated assault. Due to his criminal history, Muff won’t be eligible for parole.

The then-41-year-old shooting victim and a friend had gone to a party on Macon’s Hatcher Place on Oct. 15, 2016. Muff and another man at the party gave them a ride. While in the car, the women decided they didn’t want to go to a second party with the men and asked to be taken back to Hatcher Place.

Muff told the women to get out of the car, although they’d already left Hatcher Place. The victim insisted on being taken back to Hatcher Place and Muff begrudgingly agreed.

When they arrived, the victim had trouble finding her cell phone in the back seat of Muff’s car and Muff became angry. He got out and threw her to the ground.

Soon after the victim started walking away she heard a gunshot and turned around. She didn’t realize she’d been shot in the leg. She testified she saw Muff pointing a gun at her and that he then shot her twice more. The victim ran and Muff and the other man left in the car, headed toward the second party.

The shooting victim was taken to a local hospital for treatment.

Evidence presented at Muff’s sentencing documented his 1995 convictions in a manslaughter case and an aggravated assault case. He also was convicted of cocaine possession in 1993.

Speaking after the trial, District Attorney David Cooke said, “Mr. Muff’s victim hardly stood a chance when he pointed his pistol towards her and tried to gun her down. Now he’s facing 20 years in prison without a chance of parole. I hope he’s learned his lesson.” 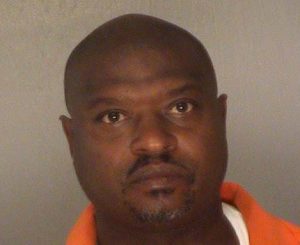