Macon – A Macon man pleaded guilty to robbery by force Tuesday, a year after he forced his way into the cash booth at the Quick Zip on Pio Nono Avenue, fought with employees and stole money.

Gerald Lynn Clover Jr., 39, was sentenced to 10 years, four of them in prison, during a hearing in Bibb County Superior Court.

If the case had gone to trial, prosecutor John Regan would have presented evidence showing Clover, a regular customer at the store, played on the store’s gambling machines for about an hour before forcing his way into the cash booth at about 5 a.m. May 9, 2017. Inside the cash booth, Clover fought with employees and broke the register before taking money. He was identified in store surveillance video and a photo line-up.

Speaking after the hearing, Macon Judicial Circuit District Attorney David Cooke said, “After trying his luck at the store’s gambling machines, Mr. Clover forced his way into the store’s cash booth to ensure he’d walk out with money in hand. Now, his only sure thing is a prison sentence.” 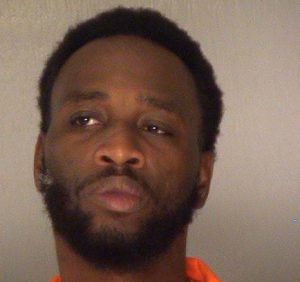