Macon – Jurors deliberated for less than an hour Tuesday before finding a Macon man guilty in the 2014 burglary of his neighbor’s home.

Warren Jessie Ferguson, 58, was found guilty of burglary at the conclusion of a two-day trial in Bibb County Superior Court. He was sentenced to 20 years in prison without the possibility of parole.

Ferguson broke a window at 4418 Bishop Road to gain entry to his neighbor’s home on July 11, 2014. His neighbor returned home to see Ferguson and Ferguson’s brother running across the road to their house with his belongings. He called 911 for help.

When Bibb County deputies arrived, they found a trail of blood and a plastic shopping bag with blood on it inside the house.

The deputies went to the house across the road and found Ferguson’s brother, 56-year-old Steve Frank Ferguson, there. He showed them where the brothers had stashed guns stolen from their neighbor behind their house. They’d also taken their neighbor’s medication.

The GBI tested blood found inside the burglarized house and determined it matched Warren Ferguson.

Jurors additionally heard testimony about Warren Ferguson’s 2004 conviction for a burglary at a woman’s Hopewell Road home. The woman testified she too found a window broken and blood inside her house after it was burglarized at about 2 a.m. March 7, 2004. Hearing voices in the house, she said she hid in the attic and later found several items had been taken including her purse, cash, son’s coin collection, chicken from her freezer, beer from her refrigerator, her mother’s jewelry and a leather jacket.

Steve Ferguson pleaded guilty to burglary for his part in the 2014 heist in 2016 and was sentenced to serve 10 years on probation and 150 hours of community service. He also was ordered to complete a regional substance abuse treatment program.

Warren Ferguson was sentenced as a recidivist Tuesday due to his prior convictions for aggravated assault in 1986; robbery by force in 1998; burglary, theft by taking a motor vehicle, entering auto and financial transaction card theft in 2004 and theft by taking in 2010.

Speaking after the trial, Macon Judicial Circuit District Attorney David Cooke said, “Mr. Ferguson has made a career of stealing from others. With this verdict and sentence, he will be entering retirement.” 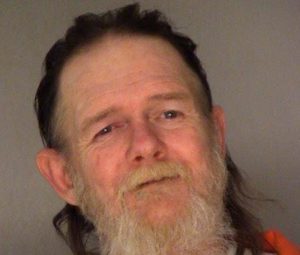