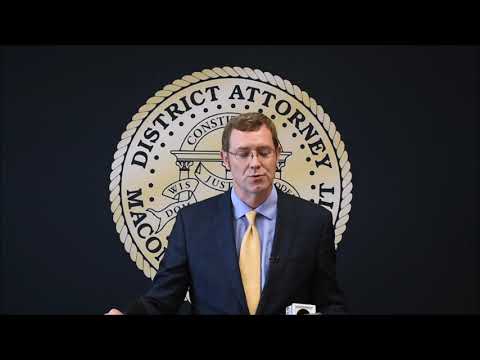 “Using proven strategies, we’re giving youthful offenders the opportunity to undergo treatment for the underlying reasons why they get in trouble without ever entering a courtroom,” District Attorney Cooke said at a Thursday news conference.

The Partnership is a collaboration amongst many facets of the criminal justice system, Bibb County Schools and the community that seeks to strengthen Macon’s children, keep them in school to graduate and stop the school to prison pipeline.

Many student offenders have experienced multiple traumas – the loss of a parent or family member, someone close to them is sick or in jail, physical abuse or sexual abuse — and they haven’t received treatment. Some need help with substance abuse or another problem at home.

The Partnership allows children to get the same treatment they’d be ordered to get if they instead were arrested and brought before a juvenile court judge. But, with the Partnership, students are getting services faster and it’s keeping them from reoffending.

“By keeping students out of court we’re also reducing the risk that they’ll reoffend. That not only means that we’ll have less offenders, it also means we’ll less victims,” Cooke said.

With less serious offenses being handled out of court, there’s also more judicial resources to focus on the most dangerous cases.

“People ask how we can stop the gangs and reduce the crime rate. This is how we do it,” Cooke said. “By helping children now, we’ll have fewer broken adults in the future.”

More information about the Macon-Bibb County School-Justice Partnership and its annual report are available at www.macondistrictattorney.org/school-justice-partnership/.