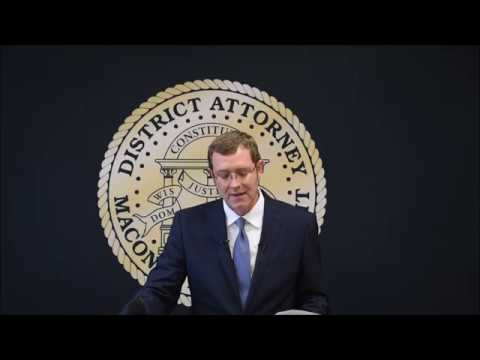 The civil forfeiture action names gambling master license holders S&W Amusement Inc., Booray Group LLC, Krishna Amusement Inc. and PNP Amusement Games LLC as defendants. These defendants own more than 400 gambling machines at about 70 purportedly legitimate business locations throughout the state, although the hubs are located in Bibb, Bullock and Chatham counties. The complaint also names about 100 other defendants including store owners and others.

It’s alleged that the defendants willingly failed to pay taxes on the more than $39 million in profit they derived from the illegal operation of video gambling machines in 2017 and 2018. Customers gambled more than $121 million on these machines during the same time period and received $82 million in cash and prizes.

An investigation has shown that stakeholders at these companies and the owners of convenience stores laundered gambling profits by improperly funneling millions of dollars through the trusts without paying required taxes.

In addition to the stores making illegal cash payouts and failing to pay more than $4.4 million in sales and use taxes on players’ winnings, the stores also accepted monetary inducements. These inducements were paid by license holders to entice store locations to place their machines in the stores. The stores didn’t report the inducements as income.

This investigation also uncovered evidence of bribery and public corruption.

Bibb County deputy Rahim Jamal McCarley owns the RJS at 2311 Pio Nono Avenue, one of three stores where officers served search warrants Tuesday. Officers have evidence McCarley, 23, of Macon,  participated in the bribery, tax evasion and money laundering scheme that pocketed nearly a half million dollars in profits from illegal gambling in his store in a little more than a year.

Additionally, the investigation has shown that license holders paid bribes to a state government agency employee in return for information and influence.

Search warrants were executed at the license holders’ offices and two of their homes Tuesday. Search warrants were served at three Macon store locations: The RJS at 2311 Pio Nono Avenue, Quick Serve at 1106 Rocky Creek Road, and the Exxon at 4290 Dellwood Drive.

The defendants in the civil and criminal cases are presumed to be innocent unless and until proven guilty in a court of law.

Speaking at a Tuesday afternoon news conference, District Attorney David Cooke said, “Yesterday, I called for the state to ban these machines. Today’s forfeiture action and the associated criminal case are just another example of the negative impact these gambling machines have on our community and our state.”

“In addition to the financial crimes associated with their operation, this type of gambling has been described by experts as being incredibly addictive, hooking our society’s most vulnerable members into gambling away money they can’t afford to lose,” Cooke said. “This just compounds the challenges we face relating to poverty, blight and violent crime. These machines are a cancer on our society and it’s time that they’re removed from the Macon Judicial Circuit and the rest of the state.”