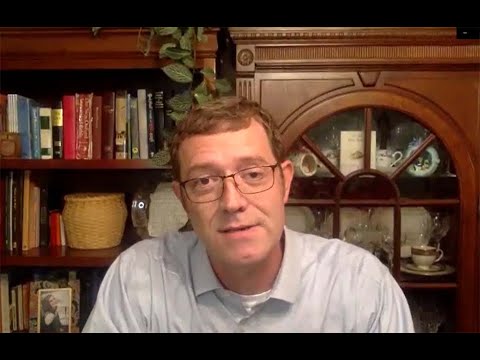 You can read a copy of District Attorney’s statement in its entirety below:

“I’ve called this news conference today to publicly address concerns raised by the Macon-Bibb NAACP. My office has previously responded to some of these concerns. Another was raised in a Facebook post last night and this is our first opportunity.

In late April, the Macon-Bibb NAACP’s president contacted my office and asked us to look into the status of Bibb County charges involving Ronnie Antwon Smith. Mr. Smith is being held in federal custody stemming from an unrelated case.

We requested a copy of the arrest warrants in the Bibb County case. Upon reviewing them, we noticed that although Mr. Smith had been charged with misdemeanor sexual battery, the case had not been charged properly. Essentially, the allegation was that Mr. Smith had committed the physical act of rape against the victim, but the warrant was mistakenly entitled the lesser crime sexual battery. We brought the error to the attention of the sheriff’s office and the charge was corrected, resulting in an arrest warrant charging Mr. Smith with rape. Due to the pending nature of the case, I’m limited in what additional details I can discuss about Mr. Smith’s case in Bibb County.

Back in April, Macon-Bibb NAACP President Gwenette Westbrooks said the reason for asking us to look into the case had to do with whether the Federal Bureau of Prisons would allow Mr. Smith to be released. A search on the Federal Bureau of Prisons’ website shows Mr. Smith has a release date of July 18, 2021. In a letter last week Ms. Westbrooks wrote that Mr. Smith is waiting to be released, but an active warrant for rape is preventing his release. Our records show the new arrest warrant has not yet been served on Mr. Smith.

In a letter last week, Ms. Westbrooks also raised concerns about whether Mr. Smith’s case had been handled fairly. She cited a case in which charges were dismissed against a black woman accused of shooting her boyfriend in the back. We wrote back to Ms. Westbrooks on Friday regarding Mr. Smith’s case and asked for additional information about the shooting so we could check into her concerns. We have not received a response.

It’s possible that Ms. Westbrooks could be referencing a July 2019 case that was dismissed in January after we found evidence that showed the woman had acted in self- defense. In making the decision, we considered that there had been a history of domestic violence involving the woman with her boyfriend as the perpetrator, and witnesses would have been called at trial to testify about the past incidents. It’s important to note that the alleged victim in the incident came forward after her arrest and stated that she did, in fact, shoot him in self-defense and that he would not cooperate with her prosecution.

In a Facebook post last night, Ms. Westbrooks also raised concerns about the arrest of Christopher Keys and his claims that he was carjacked and kidnapped at a Macon CVS in May by two black men. It’s my understanding that the Bibb County Sheriff’s Office determined no carjacking or kidnapping occurred. As part of the law enforcement investigation, Mr. Keys told deputies he’d been robbed at a local motel where he’d arranged to meet a man through an ad on Craigslist.

Mr. Keys was charged with solicitation of sodomy, a misdemeanor charge that will be handled by the Bibb County Solicitor General’s Office. If this case was in front of me in our office, I would also charge Mr. Keys with false report of a crime, another misdemeanor, if the evidence supports it. I’m confident the Solicitor General will carefully review the case and also file a false report charge if the facts support it.

In her letter last week, Ms. Westbrooks said the NAACP wanted to ensure that cases are handled fairly. That’s a concern of ours as well, and it’s why we consider each case on its individual evidence, no matter the race of the victim or the defendant. It’s why some of our staff helped arrange and participated in two implicit bias training classes for the community that were hosted by our Macon-Bibb County School-Justice Partnership last September. Participants learned not just how to recognize the unconscious bias we all may hold against certain groups, but how to manage it to ensure that justice is fair for everyone.

In February we scheduled a speaker from the National Training Institute on Race and Equity to provide mandatory implicit bias training to all of our staff this September.

We’ve all noticed that there’s been an uptick in violence in Macon, particularly in the number of homicides, in the past few months. I know this has been a concern for our community, and it’s been a concern of mine, too. Our community is facing new traumas brought on by the COVID-19 pandemic in addition to the ones my office has been trying to address through increased access to help for domestic violence victims and other victim services, and efforts to help our youth through services provided through our school-justice partnerships. The violence and homicides make those efforts all the more important.

Since my very first act as DA calling in the GBI to investigate an officer-involved shooting, everything my administration has done has been with an eye not only towards justice, but also for fairness and equality for all. Whether it be George Floyd in Minneapolis or Ahmaud Arbery here in Georgia, if the polices I enacted here had been used in those cities, arrests would have happened much sooner. It’s not just important that we seek justice. It’s important that the community see that we take care to treat cases fairly and that we have these policies in place.

There is a continuous thread running through from that first act calling in the GBI  to my first hires, the establishing of special elder abuse units and veterans courts, as well as the school justice partnerships and other criminal justice and juvenile justice reforms, that seeks to protect our most vulnerable and keep our community safe. And as long as I am DA, that thread of equality and justice for all will continue.”