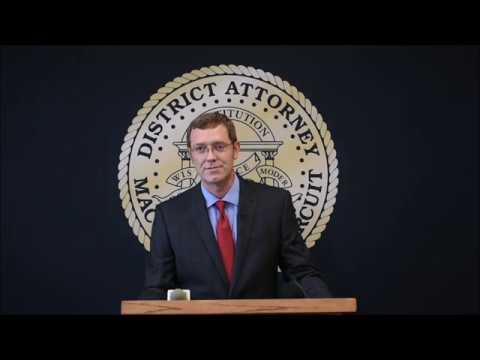 Macon – District Attorney David Cooke called for a statewide ban on commercial gambling machines on Monday, citing their impact on poverty, crime and our families.

“As DA, there’s a lot I can do once we have sued or indicted individual store and machine owners who have violated the law. And I intend to use all the tools I have available to hold those who violate the law accountable. But this problem will not go away until the legislature acts to ban these machines that are wreaking havoc in our communities,” Cooke said during a Monday news conference.

Georgians play billions of dollars on the machines each year. Gameplay in Middle Georgia is estimated to be in the hundreds of millions.

When operated legally, video gambling machine players can redeem their winnings for store credit or lottery tickets. Although cash payouts are prohibited, law enforcement investigations have shown that most stores operating the machines pay customers in cash. As a result, gambling addiction and abuse is a widespread problem.

“It’s not uncommon to see children standing in local convenience stores while their parents gamble away money meant for groceries and rent,” Cooke said. “By design, many of the stores who have these machines are located in our most impoverished neighborhoods that already are challenged by blight and crime.”

Psychologists have said video gambling machines are far more addictive than other forms of gambling because they provide immediate reinforcement through players wins in the short term as an inducement to keep them playing.

“I’ve spent my entire career seeking justice for the most vulnerable in our community. Usually, that’s been victims of domestic and sexual abuse; women, children, and the elderly. But our most vulnerable also includes those whom the gambling industry has purposefully hooked on their product, no differently than a drug pusher hooks his customers on crack, meth, or opioids,” Cooke said.

Video gambling contributes to violent crime in our community due to the massive amount of cash kept on hand for stores to make illegal payouts. Money from the machines has been a factor in a number of armed robberies and homicides.

Although the law regulates the industry, resources haven’t been appropriated to enforce the regulations. The GBI’s commercial gambling unit is comprised of just eight field agents and two supervisors.

Four other Georgia District Attorneys have joined DA Cooke in calling for the machines to be banned: