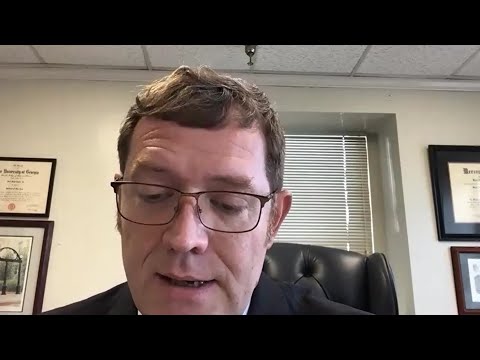 Macon – After reviewing initial results of the GBI’s investigation into a May 19 use of force case involving Bibb County deputies and the death of 30-year-old Keith Young, Macon Judicial Circuit District Attorney David Cooke announced Monday that the deputies’ actions were justified.

Numerous interviews conducted during the investigation revealed Mr. Young had threatened suicide several times since Fall 2019. He had recently been hospitalized after holding a gun to his head and threatening to kill himself. He was discharged two weeks before the incident.

Earlier on May 19, Young’s wife had him served with divorce papers. In response, Young physically assaulted his wife and tied her to a bed. Also that day, in the hours leading up to the incident with the deputies, Young called his father-in-law and said, “If you don’t shoot me, I’ll shoot you.”

Making the announcement on Monday, District Attorney Cooke said, “The evidence shows Mr. Young later intentionally drove his truck toward the deputies, speeding down a residential street toward where they were standing, in an apparent attempt to either murder them, or to force them to respond with deadly force so that his suicidal ideations would be carried out.

“The deputies were forced to choose between being killed or responding with deadly force,” Cooke said. “Their actions were justified and no charges will be filed against them stemming from this incident.”

Kasey Young, Young’s wife, called Macon-Bibb County 911 at about 5:45 p.m. on May 19. She reported her husband had hit her at their home on Bob White Road in south Bibb County, tied her to their bed and taken their three children. She went to Brian and Jennille Kreitzer’s home on nearby Karlee Dawn to call for help. She also told the dispatcher that her husband drove a red Ford F150 and that he kept a gun in the truck.

Bibb County deputy David Dunn, Sgt. De’Lana Calhoun and Lt. Leon Houston responded to the call for help. All three parked on the street in front of the Kreitzers’ home. Mrs. Young also called her mother and step-father, and they went to the Kreitzers’ to check on her.

At about 7:15 p.m., the deputies were standing near their parked vehicles when Dunn spotted Mr. Young’s truck turn onto Karlee Dawn. The truck slowly headed their way. Anticipating a violent encounter, Sgt. Calhoun got into her car.

Then, the deputies and Mrs. Young’s stepfather heard Mr. Young gun the engine as he suddenly accelerated his truck down the street toward the deputies. A test of the truck’s black box would later confirm that Young accelerated from 21 miles per hour to 52 miles per hour in seconds, and that he never hit the brakes.

Brian Krietzer told investigators he saw Young with a gun in his hand, firing what he believed to be two shots at the deputies and at the Krietzer’s home from the driver’s window of the truck as Young drove toward the deputies. Mrs. Young and her mother, and Mr. Krietzer, his wife and their two children, were inside when the shooting occurred. A handgun was later recovered from the truck.

Young sustained injuries during the crash and shooting. He was taken to a local hospital where he died. His cause of death was a single gunshot wound.

The GBI’s investigation into the incident is ongoing.