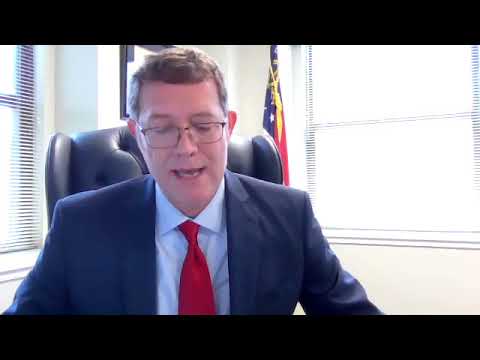 Defendant charged in the indictment include:

According to the indictment, the five defendants participated in a pattern of racketeering beginning Dec. 23, 2019 and lasting through April 28, 2020.

Barnes, Redding, Robinson, Simmons and Watts are charged with violation of the Racketeer Influenced and Corrupt Organizations Act.

Barnes, Redding, Robinson and Simmons also are each charged with multiple counts of burglary in the second degree.

As part of the alleged criminal enterprise, the defendants are accused of unlawfully entering 49 different businesses — some of them on multiple occasions — and taking cash and other property. The businesses included restaurants, gas stations, retail stores, a car wash and a hair salon, a doctor’s office and other establishments located throughout Bibb County.

Commercial burglaries in Bibb County were reduced by one third after the group’s arrest, according to the Bibb County Sheriff’s Office.

“Based on the allegations in the indictment, what started as a few pre-Christmas and Christmas burglaries turned into a county-wide crime spree that continued for months,” said District Attorney David Cooke.

“We’d like to thank Bibb County Sheriff’s Office Investigators Robbie Joiner and Jean Lebeuf and Criminal Intelligence Analyst Thomas Crites for their efforts thus far in this case and for ADA Brian Huckaby’s and ADA Kyle Owenby’s work in preparing the case for grand jury,” Cooke said. “Because of their hard work, this case is well on its way to justice for the victims in this case, and our community.”

Each defendant is presumed innocent until proven guilty in a court of law.