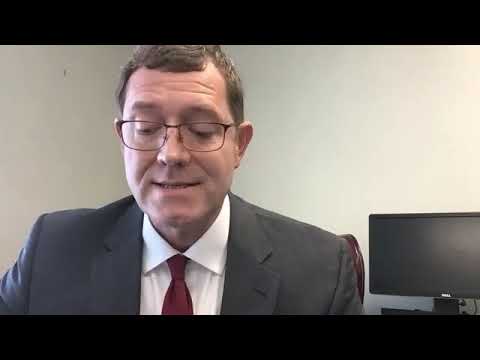 According to the indictment:

Statesboro business owner Nick Raval bribed Mashburn in 2017 with loans, gifts of money, use of Raval’s vehicles, liquor and a watch in exchange for the deputy giving Raval a badge, a deputy identification card, assistance with traffic citations and additional law enforcement protection.

Raval also is accused of bribing Huckaby in 2017 and 2018 with two sets of cross-country airline tickets valued at more than $1,500 in exchange for Huckaby providing Raval with confidential information about Raval’s business competitors.

The indictment alleges 58 business locations located throughout the state were included in the racketeering scheme. Hubs were located in Bibb, Bulloch, Chatham and Glynn counties.

Location License Holders and Master License Holders are required to apply for and receive licenses from the state to operate the coin-operated amusement gambling machines found in many convenience stores. On the applications, they must swear that all the information is true and correct, including whether the applicant is delinquent in paying taxes.

According to the indictment, between Jan. 1, 2017, and March 31, 2019, the defendant store location owners and the other store locations in the enterprise collected more than $3 million in sales tax, but failed to pay the tax to the Georgia Department of Revenue.

Additionally, the indictment alleges the defendant store location owners made false statements that they were not delinquent in paying taxes, and swore falsely on their 2018, 2019 and 2020 COAM location license applications.

The Master License Holder defendants are accused of making false reports and swearing falsely on their 2018 and 2019 applications that they were not delinquent in paying taxes, had not paid inducements to store owners and that they hadn’t used unfair methods of competition.

For tax years 2017 and 2018, the Master License Holder defendants are estimated to be delinquent in corporate income taxes owed to the state of Georgia in excess of $350,000.

Georgia law prohibits the Master License Holders from having any interest in the businesses or stores where the machines are placed. By law, the state receives 10 percent of the net proceeds from the games. The store owners and machine owners must evenly split the remainder of the proceeds.

Although stores can give winning players merchandise, vouchers for merchandise, lottery tickets or free replays, cash payouts are prohibited.

Defendants in the civil and criminal cases are presumed to be innocent unless and until proven guilty in a court of law.

“Over the past seven years, my office has sought to hold the gambling industry accountable for the financial crimes associated with operating their machines. Experts have described this type of gambling as being incredibly addictive. It hooks our society’s most vulnerable members into gambling away money they can’t afford to lose,” said District Attorney David Cooke. “This just compounds the challenges we face relating to poverty, blight and crime. Without commenting on any particular store, the large amounts of illicit cash in these types of businesses have led to a number of armed robberies, assaults, and murders.

“As we have held more and more in this industry accountable, it’s become clear that many of them expect to escape accountability under the law by giving money and gifts to those charged with enforcing it. Bribery and public corruption cannot be condoned or accepted in any society of laws, justice, and accountability,” Cooke said.