Macon – Additional charges have been filed against defendants in an alleged timber fraud racketeering case impacting victims across the state.

Cox, Uselton, Weldon, May and Jones are defendants in a civil racketeering lawsuit filed against Cox Land and Timber on Sept. 25.

Each defendant in the lawsuit and the associated criminal cases is presumed innocent until proven guilty in a court of law.

As stated in the complaint filed in Bibb County Superior Court, an investigation by the Georgia Forestry Commission has shown that the defendants allegedly misrepresented both the type and amount of timber harvested so they could pay 28 landowners a reduced price for the timber. At least 17 of the landowners were elderly.

The defendants also are alleged to have defrauded Graphic Packaging International, a Macon sawmill, by misrepresenting the ownership or origin of timber so they’d get a larger payment from the mill.

An additional 27 complaints have been reported to the Georgia Forestry Commission since the initial arrests and the filing of the lawsuit.

Cox Land and Timber’s business and assets are being held in a receivership during the pendency of the lawsuit. 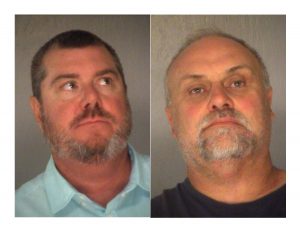